RSS Feeds Subscribe to Alerts
September 16, 2019
Share to FacebookShare to TwitterShare to Google+Share to LinkedInShare to PinterestShare to EmailPrint this page
JSerra Rallies to Overtake Milton 17-14 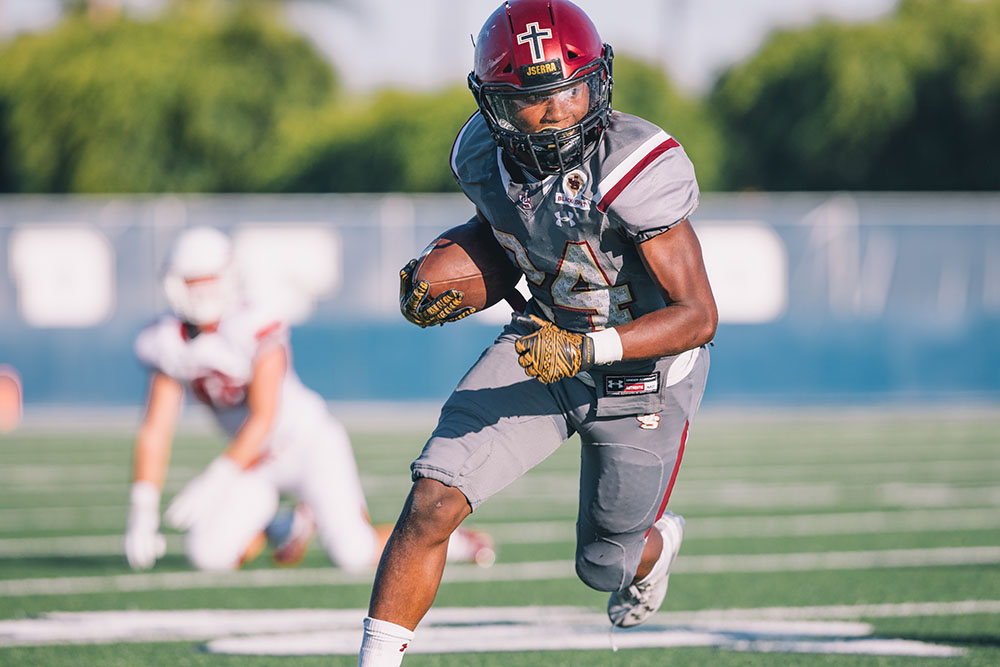 All Photos by Aubrey Lao

Bellflower, CA – The JSerra Lions took on the Milton Eagles in the second game of the Trinity League verses the USA Classic at St. John Bosco and came out on top 17-14.

Milton dominated much of the first half putting 14 points on the board to JSerra's 0. With less than a minute remaining, junior quarterback General Booty connected with junior Earnest McDaniel in the end zone for touchdown and the Lions were on the hunt. The Lions shut Milton down in their next possession and the half ended 7-14. 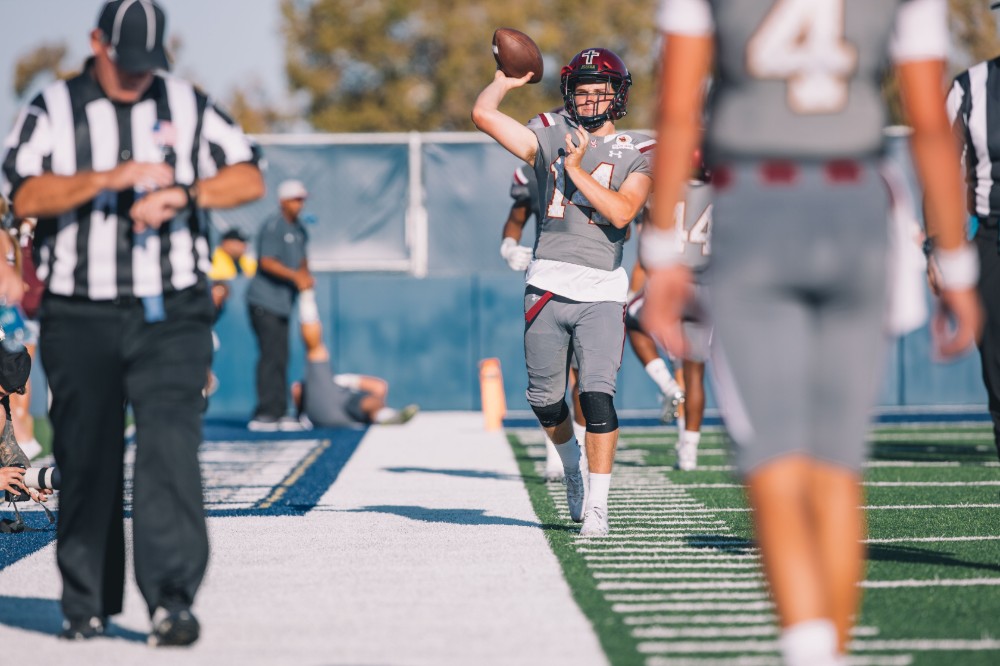 While the half ended on an up note for JSerra, Head Coach Pat Harlow chose to swap quarterbacks in the second half and brought in senior quarterback Garrett Phillips. Harlow assured that Booty was doing fine, but thought offense needed a spark.

The change worked for the Lions and Phillips connected with Earnest McDaniel on a 33 yard bullet bringing the ball inside the 10 yard line. Phillips handed the ball off to senior Chris Street on the next play who drove through the Milton defense, diving into the end zone to tie up the game 14-14. 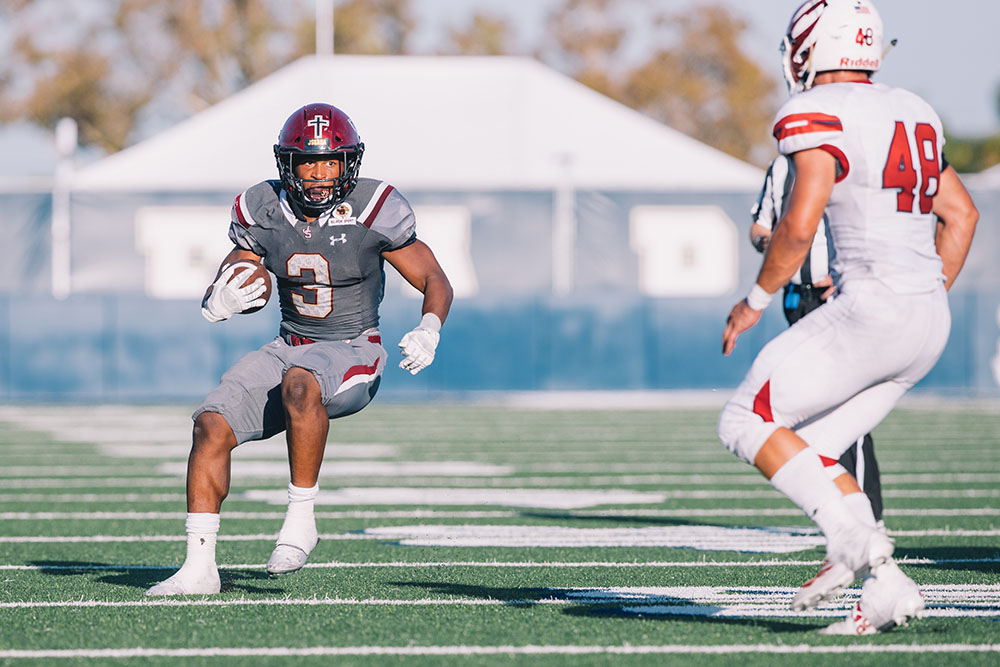 Special teams took the lead out for JSerra on a field goal kicked by sophomore Anthony Andriole. With Andriole's 3-pointer, the Lions successfully rebounded from a lack luster first half to leading Milton 17-14 with less than a minute left in play.

"We converted a field goal which was huge, that put us up 17-14," stated special teams coordinator Coach Scott McKnight. He continued, "Earlier we missed a field goal – so I was happy to see our kicker kind of rebound himself. He missed one then he made one crucial with 2 minutes to go. That was huge. A big field goal won the game. 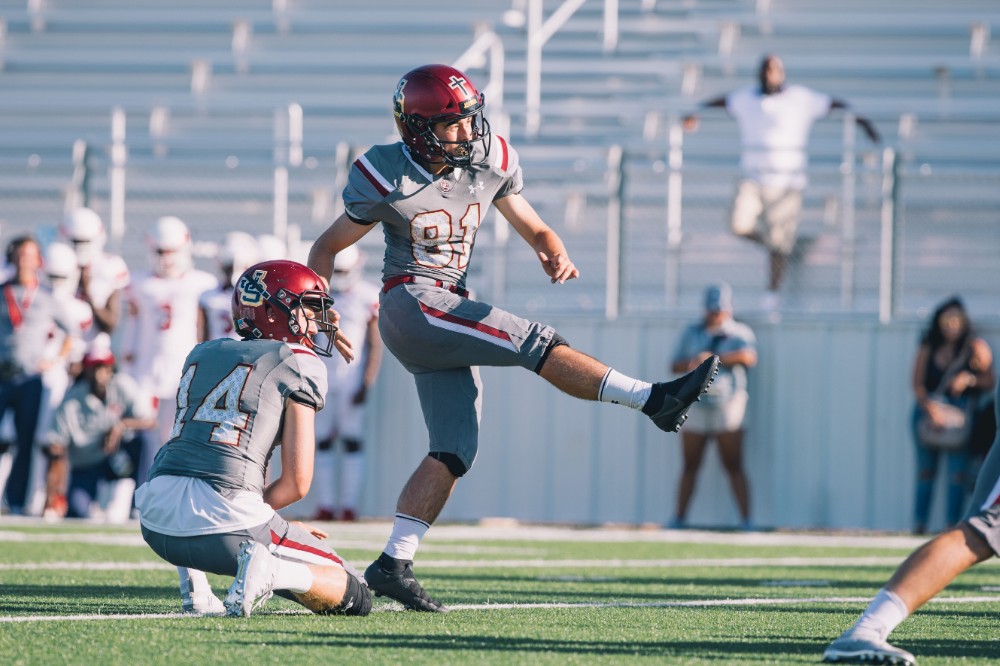 The Eagles answered back with a long drive bringing them within 20 yards of goal. Sophomore Malaki Te'o sacked the quarterback on the next play forcing a fumble. The clock wound down and the win went to the Lions.

Coach Harlow stated,"In the first half we struggled, especially offensively, but defensively even though we didn't give up a whole lot of yards, we just didn't tackle very well. We let up on some of the drives and we killed ourselves with some penalties. Second half was really not a whole lot of adjustments, we just came out and did our job and figured out a way we could win."

The win improves JSerra's record to 3-1 overall, 0-0 in Trinity League.

Next up:The Lions take on Calabasas in a non-conference game at home on Friday, September 20th at 7:30 p.m. The game has been selected as a Fox Sports West Game of the Week. Tickets available online here. 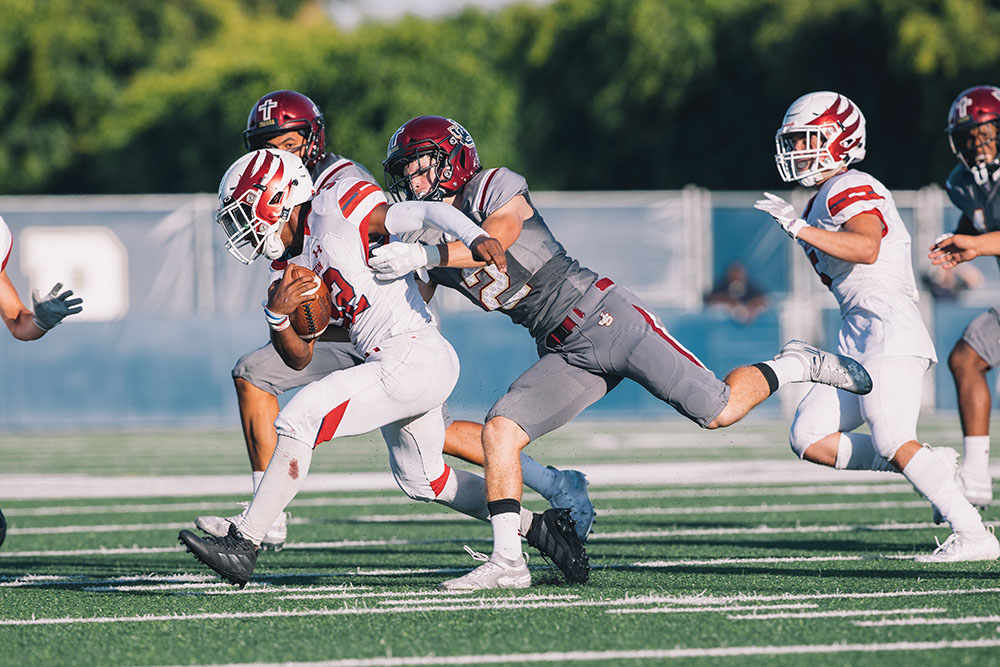