Already CPR-certified, Noorian was eager to learn about the Heimlich Maneuver during a simulation lab at the UCI camp. She and a classmate practiced on one other, and afterward she went home, never anticipating that she would have to use the Heimlich that very night. She and her eleven-year-old sister practiced Queen's "Bohemian Rhapsody" while their father, Dr. Nader Noorian, ate dinner. 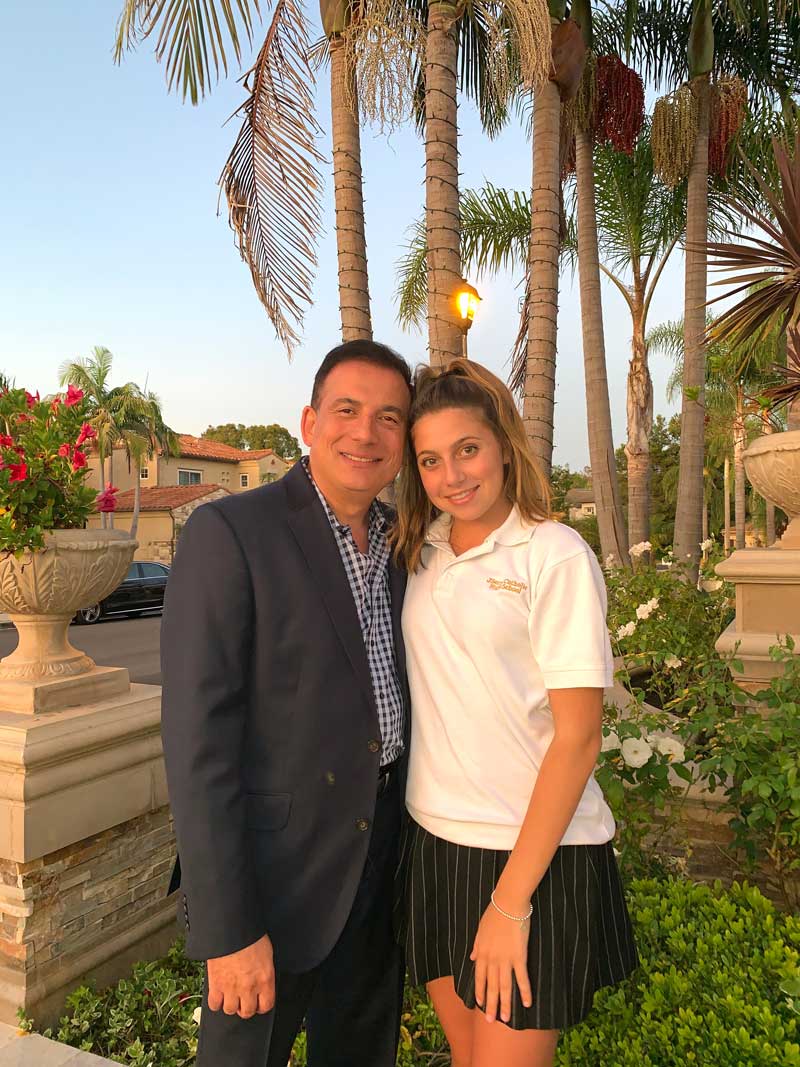 "I was playing piano while my sister was on drums when my dad came up to me and hit my arm," Noorian explained. "I thought he was tapping me as if to say, 'Look how cute your sister is,' but when I looked up, his face was purple and he was making the universal choking sound.

"I immediately dragged him to the kitchen, put him over the kitchen sink, and did the Heimlich twice. He was able to cough up the bread he had been eating. I almost disregarded the whole thing — it was sort of traumatic and my adrenaline was rushing. You assume you'll never have to use the Heimlich!"

Dr. Noorian stated that he would have choked to death within 30 seconds had his daughter not saved his life.

Noorian has been a member of the Medical Magnet Program since her freshman year and volunteers at Mission Hospital in Mission Viejo every Wednesday evening. Although she has been an ice skater for 15 years as well as member of such clubs as JSerra's LEAD Program, Haiti Club, and National Honor Society, Noorian's aspirations are centered on becoming a nurse practitioner in critical care or a nurse anesthetist.

"Dr. Betty Cappelletti [Director of the Medical Magnet Program] has really helped me get to this place where I know what I want to do professionally, which is an amazing blessing," said Noorian. "She's the queen of all queens!"

Dr. Cappelletti describes Aryana as "a passionate, self-confident young lady who lives with purpose. She's an individual who will mold, develop, and make a conscious effort to leave her mark in the field of medicine. Aryana is an asset to both the Medical Magnet Program and JSerra."

From the hands-on knowledge Noorian has received in the program, she has acquired a desire to learn as much as she can in other venues. UCI's camp was the perfect opportunity to listen to panels of nurses, nurse practitioners, and nursing students, attend simulation labs, and learn how to implement CPR, put in an IV, etc.

"UCI's nursing camp was like nursing school sped up in a week," Noorian explained. "You got to get a glimpse a little of everything — a lot of which I've already seen in the Medical Magnet Program but I really wanted to see it in real life. This helped validate that nursing is what I want to do."