JSerra Catholic High School senior Megan Giacobetti has always found spiritual inspiration in nature and art, but when she started traveling with her family and visiting orphanages and villages in third-world countries, she was moved to do something good for the world: write a book devoted to helping children understand the diversity yet sameness of mankind. Titled The View from Above, Giacobetti's book is illustrated with charming scenes from her travels to such countries as India, Thailand, and Brazil. 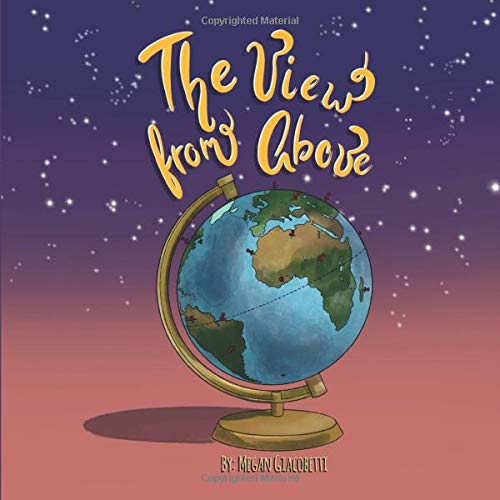 The illustrations are based off photos Giacobetti's older sister took on their travels. When searching for an illustrator, Giacobetti chose to create a job opportunity for someone in an underdeveloped country. She chose an artist from the Ukraine named Alina Shabelnyk, whom she credits on the cover.

Since publishing the book, Giacobetti has been sending copies to an orphanage in Africa and plans to send more to other orphanages she has previously visited on her travels. Her hope is that the book will educate children about other parts of the world and encourage them to dream about traveling to other countries themselves.

"Every time I've visited an orphanage or poor village, the kids are always so interested in asking me about the world," said Giacobetti. "Writing The View from Above allows me to give them a visual experience and help them relate to kids in other countries."

A student in JSerra's Engineering Magnet Program, Giacobetti plans to pursue a degree in engineering. She is president of multiple clubs at JSerra: National Honor Society, Robotics Club, and Haiti Club. It was the latter that got her in touch with an orphanage the club supports called The Free the Kids Campaign. All sales from The View from Above will go to The Free the Kids Campaign.

"I look around and see violence and pain, but I hope my book reminds everyone that the world is just one and not just a bunch of different countries," she explained. "Everyone is beautiful and unique in their own ways and yet we are all together."

"Whether she's building a robot, designing a digital circuit, or running a club activity, Megan does so with unbridled enthusiasm and intensity," said Engineering Magnet Program Director Jan Kilduff. "She gives 100% in every activity and follows through to the very end, yet she still always makes time to interact with others in a friendly, patient, and helpful manner."

To purchase The View from Above, go to Amazon or contact Giacobetti at book.viewfromabove@gmail.com.