Despite taking different paths, this group has journeyed from JSerra to Penn football

Nick Robinson and Sam Philippi are among the JSerra alumni

The trip from JSerra Catholic High School in San Juan Capistrano, Calif. to the University of Pennsylvania is a long one — like 2,700 miles long.

Considering that fact, one might fairly assume that the two schools' football programs rarely come into contact with each other.

However, that assumption could not be further from reality, and, despite a distance that nearly spans the width of the entire country, the JSerra-Penn football connection has become a fruitful pipeline for the Quakers.

JSerra, a private school with a total enrollment hovering around 1,200 students, is a football powerhouse in California, as evidenced by the numerous players that join the Division I ranks upon graduation.

As such, the program caught the eye of the Penn coaching staff, and the first player who jumped out to them was Sam Philippi, the Quakers' current captain and starting safety.

Through scouting Philippi, coach Ray Priore and the rest of his staff forged strong relationships with the JSerra staff, enabling the Penn coaches to gain valuable information about the JSerra players as both athletes and people.

"The connection was Sam," Priore said. "But it was also the coaches on their staff that we knew. Those coaches gave us insight into the players that we wouldn't get just watching a highlight video or looking at stats, so I think that's why our connection has been so successful."

Evidence of that success is littered all over the Quakers' roster, which includes a remarkable six players from JSerra. 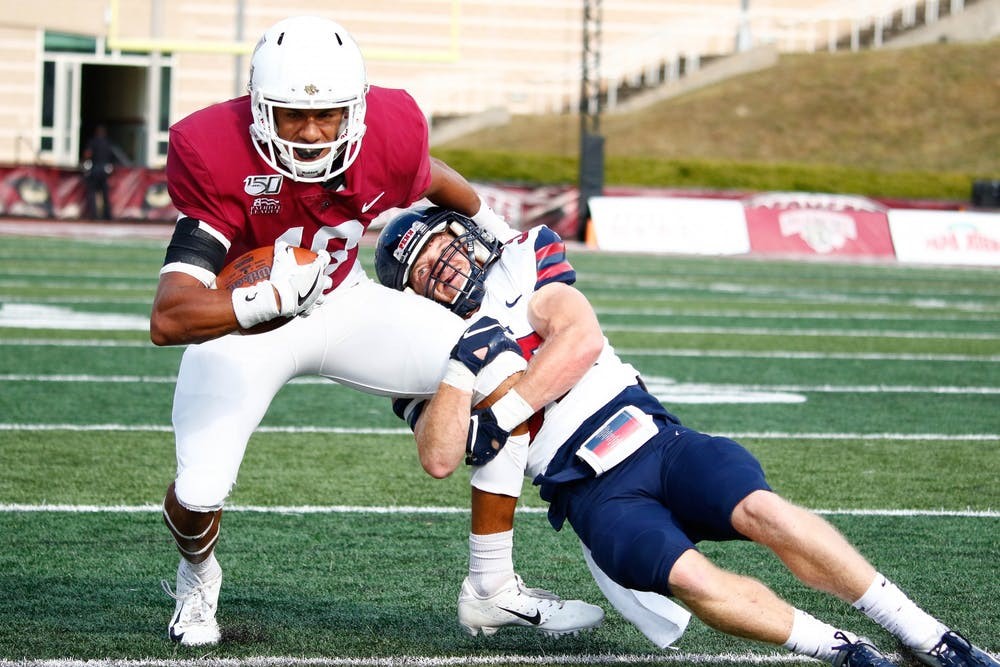 According to the players, the JSerra takeover can be attributed to the values that the high school instills in its students.

"Our high school produces hard workers and coachable kids," Connor O'Brien said. "And that fits perfectly with Penn football and football in general."

"Sam definitely swayed me a little bit," O'Brien said. "We were good friends and had been playing football for so long, so when he was describing how fun Penn football was, I knew that I had to check it out."

"I think that my exact words were, 'I love it here. At Penn, football is actually fun,'" Philippi interjected with a laugh.

Whatever he said certainly worked, and the plethora of JSerra players on the Red and Blue roster later helped to convince Robinson to transfer to Penn after stints at Georgia and Saddleback Community College.

"When you see guys from your high school having success at a program, and it's multiple guys, that's really something that attracted me to Penn," Robinson said.

When explained in these terms, the abundance of JSerra players on the Penn roster seems logical or even expected, but the players recognize the uniqueness of their situation.

"None of us imagined this happening," Philippi said. "When we were in high school together, we didn't think that we'd all go to the same school to play football together. The odds of that happening were so low that I don't even know if you can calculate that."

To the players, that rarity makes their situation even more valuable.

"It's going to be really cool looking back and seeing that we all played ball together in high school," Riley O'Brien said. "And we're all going to have the same memories in college too. It's definitely special."

Although six players on the roster at one time might never happen again, the Penn-JSerra pipeline is sure to remain strong.

"It's a very good program in one of the best leagues on the West Coast," Priore said. "There's no reason why we wouldn't keep going back there when the kids they've given us have been as good as these guys have been."

Priore won't get any objection from Philippi, who views the situation as a win-win for his two schools.

"It's beneficial for everybody," he said. "Penn gets hard-working players that can contribute, and it's a selling point for the high school, too, that they're producing guys that can compete at a high academic and high athletic level."

Now there remains only one question that Priore has yet to solve.

"They might be Penn West. Or are we JSerra East?" 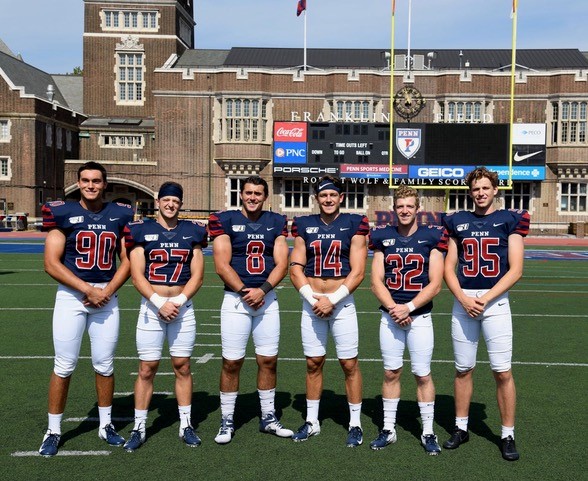