Please note that try outs, try out clinics, and conditioning classes have been postponed as we take safety measures against the COVID-19 virus. Please check back for updates.

Classes are $20. Online registration is currently closed because classes have been postponed.

The JSerra Pep Squad promotes school spirit and encourages excellence. They support athletic teams, perform at rallies, and promote good sportsmanship and school spirit at each event. In addition, the Pep Squad philosophy dictates that all cheer/song leaders uphold the morals and values of JSerra — becoming leaders who live in accordance with Gospel values. They also create positive relationships based on respect of oneself and of others, trust, and teamwork. The squads are at Varsity, JV, and Freshman levels.

Stacy is a graduate of Rosary Catholic High School (Rosary Academy) and attended San Diego State University. Stacy been married to her husband Greg since 1992. They have 3 children who have all attended JSerra.  Both of Stacy's daughters (Danielle '13 and Paige '19) were on the JSerra Dance Team. She started volunteering at JSerra in 2009 to get involved with her children's school, and has served as the President of the JSerra Parent Association since 2013. She is now the official Parent Liaison for JSerra along with working as the Pep Squad Advisor. During Stacy's employment at JSerra she has established several JSerra community events such as Welcome Back Bash, Operation Christmas Love – 3 Ways to Give, Lady Lions Christmas Luncheon, Mother Son Brunch, Lady Lions Cooking Classes, Wine and Sign and numerous field trips for parents.  She was instrumental in organizing the personal counseling coffee chat Coffee with Courtney (with Dr. Courtney Harkins). This will be Stacy's 8th year as the Pep Squad Advisor at JSerra. Stacy's background includes office management and hospitality. She has served on several PTA Boards including Truman Benedict Elementary in San Clemente for 8+ years 2004-2013.

Brittany began cheerleading in 7th grade upon quitting competitive gymnastics and cheered in high school she participated in all-star cheerleading at a small gym in San Luis Obispo, CA. She then went on to cheer in college at both Long Beach State and Orange Coast College along with competing on a college level all-star team. Brittany was also a member of the Los Angeles Clippers Fan Patrol (cheer team) for the 2011-2012 basketball season. One of her biggest cheerleading accomplishments was winning the 2012 NCA College Nationals with Orange Coast College.

Brittany attended Long Beach State University on a full-ride scholarship where she received a Bachelor of Science in Kinesiology with an emphasis in Exercise Science. In 2011 she began working for the National Cheerleader's Association (NCA) where she is in charge of summer camps, works at competitions and helps create the curriculum that is taught nationwide.  In August of 2012, Brittany started coaching at OC All-Stars where she still coaches teams and tumbling at along with being the Director of Gym Operations.  Brittany has been coaching the Varsity Cheer Team at JSerra since 2013 and absolutely loves working with all the girls.

Becca began her journey with cheerleading when she was just four years old. She first dabbled with it at her local recreation center cheer program and fell in love from there. Joining the Huntington Beach Pop Warner Program shortly after, to gain more experience with stunting and competing, she found a love for tumbling as well. She trained at Newhope Gymnastics Center and continued into Masuda Middle School's cheer program where she was Captain. Becca also was a part of Fountain Valley High School's Pep Squad all four years of high school, graduating in 2014.   Competing as a crossover for multiple teams in the gym throughout her years at PACE, she was on their Senior level two, four, and five, as well as their International level four and five teams. Becca was also a part of Orange Coast College's cheer team in 2014. The same year she became a part of the OC All Stars' family, competing on their All Girl Level 7 team. Her biggest accomplishments include placing Top Ten at the Cheerleading World Championships and holding over 20 National Titles and over 25 Regional titles combined throughout her career. Becca also graduated from Orange Coast College in 2016 with an AA in geography and took a year off to go study at University of Hawaii in 2018.

Kylie is originally from the High Desert and moved to Orange County in 2005. He has worked in cheerleading for the past 15 years both in all star, and at the high school & college levels. His cheerleading experience includes all-star cheerleading since the age of 14 and also college cheerleading at Orange Coast College. Along with coaching cheerleading, Kylie is also a camp director for the cheerleading company JAMZ. Kylie is also a full-time student finishing his Special-Ed teaching credential at California State University of Fullerton. Kylie is also USASF Certified Levels 1 – 6 in Tosses, Stunts, and Tumbling. Kylie has been coaching at JSerra since 2014.

Sam started dance at the age of 3. Dance has given her many opportunities to teach and assist dance at many dance studios throughout the United States. She has also had the opportunity to travel to Australia 3 times to teach dance in Sydney and Canberra. She trained at the well renowned studio, Just Plain Dancin' & Co. for 10 years under the direction of Terry Schulke and Mandy Rogers. Her training included Ballet, Jazz, Lyrical, Contemporary and Hip Hop. She competed for JPD and has won many national awards with her team. Sam now teaches Jazz & Lyrical Classes as well as choreographing group dances and solos competitively. She is also a student at Fullerton College working on her degree in Business. Sam works at OC All Stars as a dance teacher and this is her third year coaching the JSerra Dance Team. 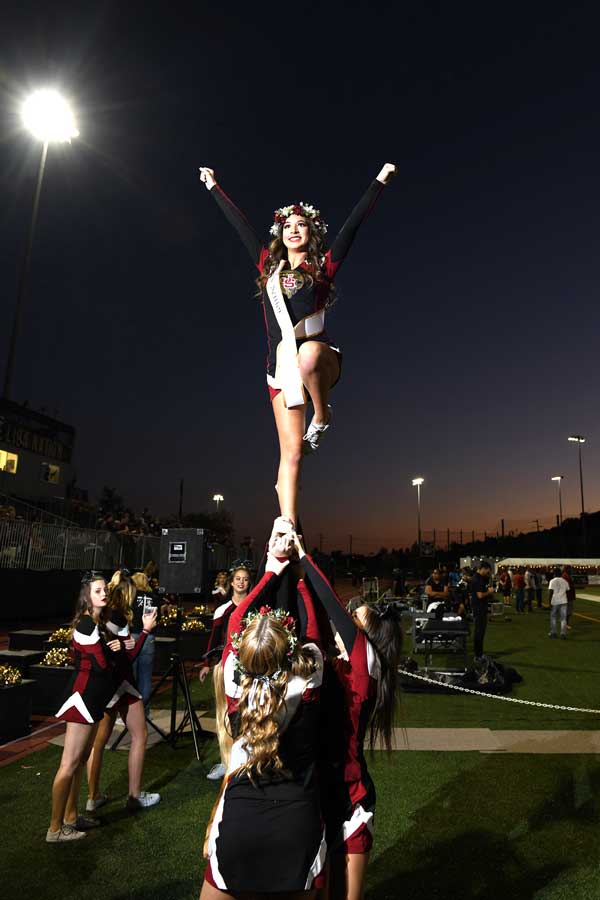