It's hard to imagine that signing up for just one program in high school can change your entire life, but that's exactly what the Law Magnet Program at JSerra did for me. I initially signed up for the Law Magnet because I had a feint interest in law and politics and because I needed to fill in my requirements for extra curricular. I never imagined that it would change who I was or be instrumental in my transition from teenager to adult. 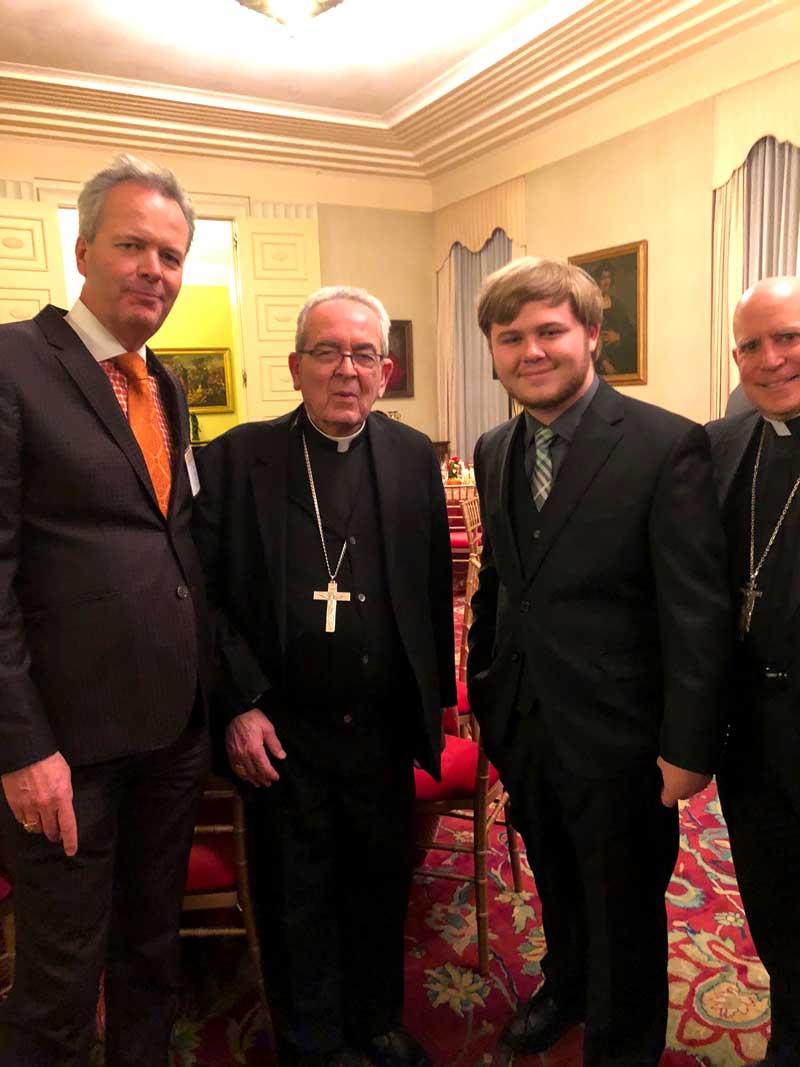 The program consists of at least one Law Magnet class each semester as well as the Mock Trial competition in the fall semester. These classes are comprised of the study of the constitution and the law, and development of speaking, writing, and debate skills. Before I went into the program I was terrified of public speaking and presentation, but now I can say that, because of the program, I am confident enough in my skills to speak in front of hundreds of people without showing any signs of nervousness.

The program does this in a bit of a trial-by-fire way by having you present a case as lawyer in the Mock Trial competition in front of an actual federal judge and your peers. Nothing since has made me more nervous than my first mock trial competition and I've been able to get over my fear of public speaking because of this. You practice for months for the competition. It's incredibly nerve wracking at first as you fear you will mess up and disappoint your peers.

But over time with practice and by doing the competition year after year, you soon become used to the pressure and public speaking becomes somewhat of a second nature to you. This has helped me tremendously with many other classes in high school and in college, and It's also helped a lot with my confidence in myself. Simply being able to be comfortable while speaking in front of people is an amazing ability to have; I have Mr. Ahle and the Law Magnet to thank for it.

In the classroom we learned about the law that governs our land and how to write, speak, and present an argument in a proper and professional manner. Even if one decides that they do not want to practice law themselves, the skills and the knowledge that they can learn in these classes are invaluable. The ability to form and present a valid argument is an absolutely useful life skill to have and has given me an advantage in college.

It's no secret that lawyers are often viewed as untrustworthy and corrupt by the general public and often times for good reason. The goal of Mr. Ahle's Law Magnet Program is to instill a sense of honesty and accountability into a new generation so that they can go out into the real world and improve our country and its legal system. This goal is obviously present throughout the program and is bolstered by the faith environment of JSerra and the faith of Mr. Ahle himself. I have made the program's goal into my life goal. From Mr. Ahle and JSerra, I have learned that a successful life is meaningless if one is not also rich in spirit and morality. Mr. Ahle has instilled in us a sense of looking beyond ourselves and to one another as the purpose of the law is to serve the people. He always made sure that the program was an active teamwork-based environment every step of the way.

Speaking of Mr. Ahle, there could not have been a better teacher and mentor to learn the law from. As an experienced attorney, he always had stories and life lessons to share that still stick with me today. His experience and wisdom are what make the program so amazing and I consider him essential to my transition into adulthood. He knows how to foster successful and healthy practices amongst his students and takes the time to know each of them personally. His mastery of speech and the law is apparent all the time and he is someone whom you would be proud to call a mentor and friend. He made sure each and every one of us were friends with each other and were one big Law Magnet family.

Even during the in-class debates, he made sure to keep the environment safe and healthy for everyone and made certain that all ideas and viewpoints were represented fairly. Even if a student is certain they don't want to be a lawyer, the value of Mr. Ahle and what he will teach you will make the program all worth the effort it takes. I cannot overstate how much value he brings to the program and my life has certainly been improved and made more meaningful just by having him and the Law Magnet in it.

From Mr. Ahle and JSerra, I have learned that a successful life is meaningless if one is not also rich in spirit and morality.

To anyone on the fence about the Law Magnet, I say to do it. Even if you don't want to be a lawyer, just do it. The skills in speaking and writing you will develop are invaluable and it never hurts to know about the law (what you don't know can indeed hurt you). The real world is a team-based working environment and Mr. Ahle does his best to prepare us for it. The skills I've learned through the program have been important to my college career and I know they will be for the rest of my life. The purpose of the Law Magnet isn't just to make you a successful lawyer but also to make you a better person. I can say for certain that the Law Magnet has definitely succeeded in that for me.

In the classroom we learned about the law that governs our land and how to write, speak, and present an argument in a proper and professional manner. Even if one decides that they do not want to practice law themselves, the skills and the knowledge that they can learn in these classes are invaluable. The ability to form and present a valid argument is an absolutely useful life skill to have and has given me an advantage in college.
Josh Barri '17